Having a usable electrical system in the trailer has been quite a journey. When I first bought the trailer, I plugged it into 110V household power and got... nothing. As I investigated more, I learned two things:

Seriously, the more I dug in, the more it was clear the existing wiring was just flat dangerous. Major work was going to be needed.

So after some research I placed an order for a Progressive Dynamics 4145 Power Center. It's compact, full-featured and packs more than enough potential power for my little trailer.

At the same time I found these super-low profile remote control LED puck lights and went ahead and ordered them. It'd be nice not doing everything by shop light.

Wiring up the 4135 takes a bit of time and head-scratching, especially since grounding a fiberglass trailer isn't the simplest thing.

First I had to significantly enlarge the height of the hole left by the old power center. A few minutes with a drill to mark the corners and a jigsaw to cut through the fiberglass and that was done. Note: Be sure your eyes, skin and mouth are well-covered. Fiberglass is nasty stuff. 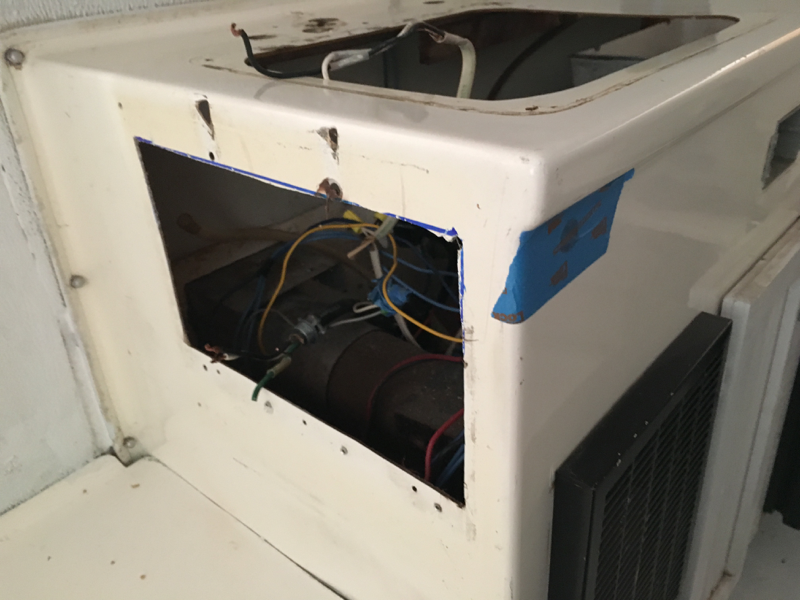 But then the old power center left a hole about 1/8" too wide. So I had to turn right around and put some trim around the new hole to keep my new height while narrowing the opening a smidge. 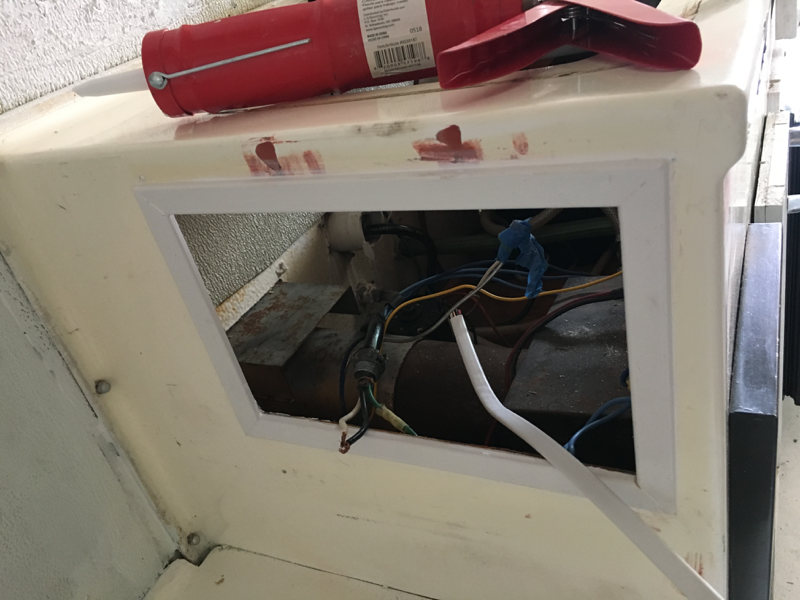 With the hole trimmed out and painted, I still had to figure out how to wire it up, which was pretty tricky. The PD instructions can be a little inscrutable, and it takes awhile to understand grounding on a fiberglass trailer. But with a little thought and a lot of googling, it went in with little issue. 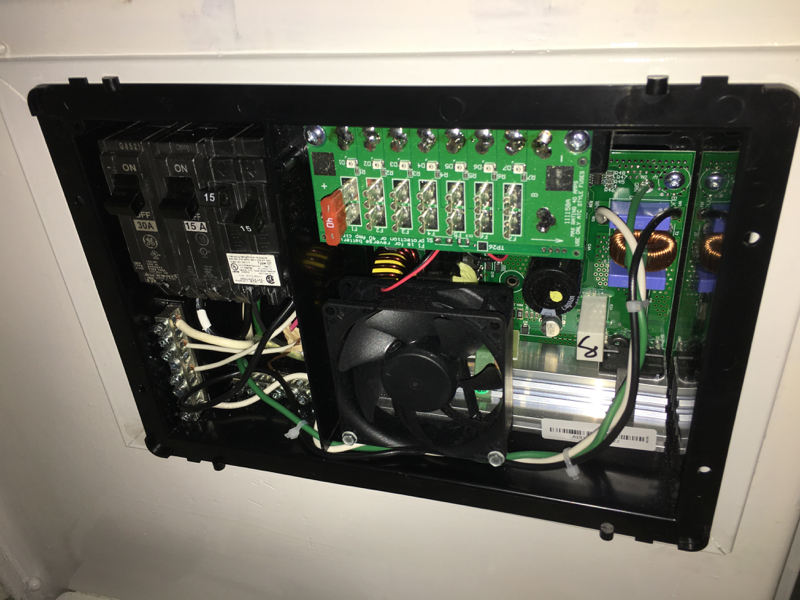 On the 110 (household) voltage side, I've got one breaker dedicated to feeding the 12v converter, one dedicated solely to the air conditioner, one dedicated to the refrigerator, and one dedicated to a 110v outlet on the front of the kitchenette cabinet. I could have put more on the circuits, but why? I don't need to, and this way there's less chance of a tripped breaker.

On the 12v side, the 4135 offers more circuits than I've yet found a use for, but the first thing I wanted to do was get some light, so cut the wall-wart off the puck lights, mounted two in the front, two in the rear, and two over the kitchenette, then wired them up to the 12v supply. Success! 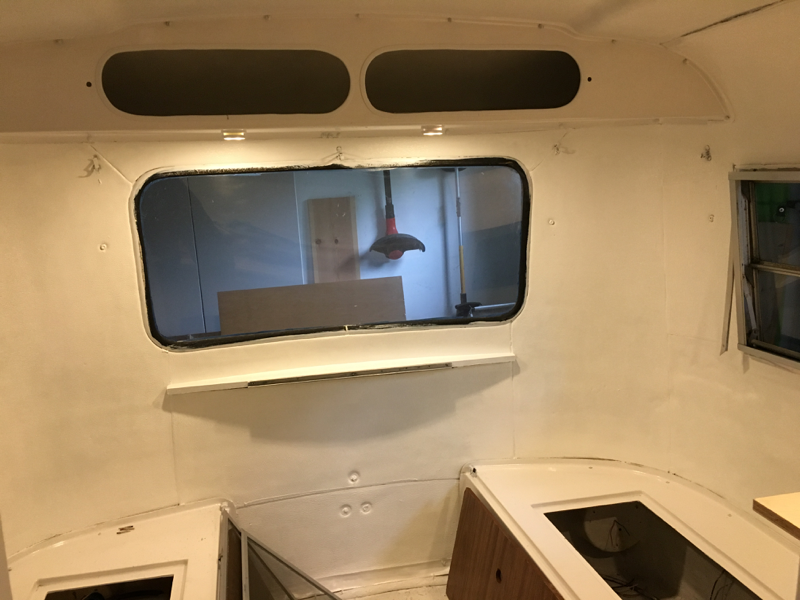